Get our Counters!
Home > Trends and More > Internet Users 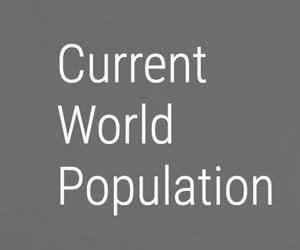 ** Internet User = individual who can access the Internet at home, via any device type and connection. More details.

back to top ↑
As of July 1, 2013:
Oceania
Source: Internet Live Stat (elaboration of data by International Telecommunication Union (ITU) and United Nations Population Division). Note: in assigning the colors, we followed the original color convention of the 5 Olympic rings: blue for Europe, yellow for Asia, black for Africa, green for Australia and red for America.

In 2014, nearly 75% (2.1 billion) of all internet users in the world (2.8 billion) live in the top 20 countries.
The remaining 25% (0.7 billion) is distributed among the other 178 countries, each representing less than 1% of total users.
China, the country with most users (642 million in 2014), represents nearly 22% of total, and has more users than the next three countries combined (United States, India, and Japan). Among the top 20 countries, India is the one with the lowest penetration: 19% and the highest yearly growth rate. At the opposite end of the range, United States, Germany, France, U.K., and Canada have the highest penetration: over 80% of population in these countries has an internet connection.

An Internet User is defined as an individual who has access to the Internet at home, via computer or mobile device. More details

An individual who has access to the Internet at home. This indicator does not record use, or frequency of use, but only access. In order to have access, the hardware equipment must be in working conditions, the Internet subscription service must be active, and the individual household member must have access to it at any time (there must be no barriers preventing the individual from using the Internet). The hardware equipment may or may not be owned by the household. There are no age limits (minimum or maximum), so an Internet user can be of any age. There can be multiple devices and services within the household. The data is collected through annual household surveys administered by individual countries based on ITU guidelines.[1] The United Nations Statistics Division has recommended collection of data on households accessing the Internet also outside of home [2], but this is not a Core ICT Indicator. [3] An "Internet User" is therefore defined as an individual who can access the Internet, via computer or mobile device, within the home where the individual lives.

back to top ↑
Current internet user population estimates are delivered by Worldometers' RTS algorithm, which processes data elaborated through statistical analysis after being collected from the following sources:

back to top ↑
Internet Live Stat has been cited by